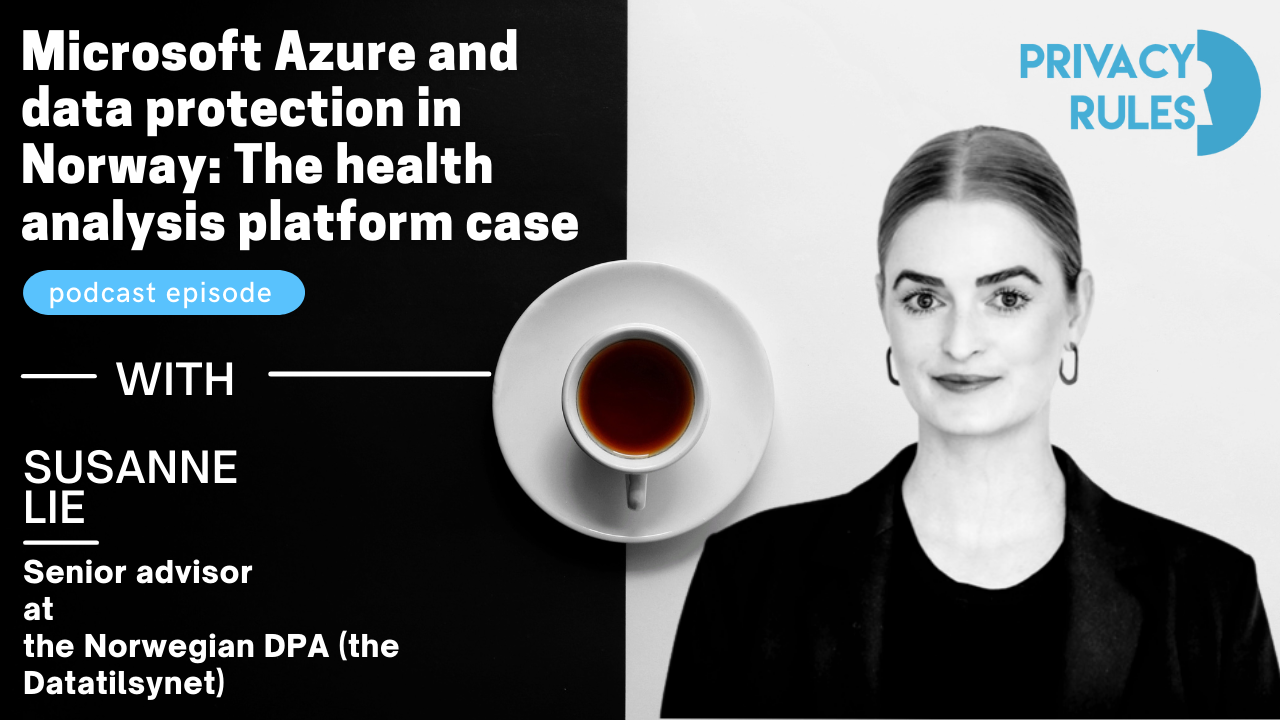 In this PrivacyEspresso we discuss with Susanne Lie, senior advisor at the Norwegian DPA (the Datatilsynet),  the Norwegian studies held for creating a National Health Analysis Platform.

According to Susanne, in Norway, many health registers contain this type of data, so the Government decided to find new ways to simplify the data processing at the medical research level. Due to the large amount of data involved in the process, a cloud storage system appeared to be the best solution, particularly the one of Microsoft Azure. For this reason, the Norwegian DPA was invited to undergo a deep analysis of the privacy risks related to creating such a platform using the Microsoft service.

In particular, after the Schrems II case, two main issues arose concerning the usage of Azure:

An additional problem relates to the Microsoft support service as it is located in the US only and will always require access to data from there to be activated.

Following the above findings, Susanne’s key takeaways from this case are:

So, is there a solution?

In conclusion, the solution to this problem is still far from being achieved. In the meantime, companies will have to rely on case-by-case solutions that would remain unreliable due to the constant shifting of laws in the sector. Considering this complex picture, the only good news is that DPAs have generally demonstrated a very understanding behaviour, mostly issuing fines in overt violation of the EU GDPR.